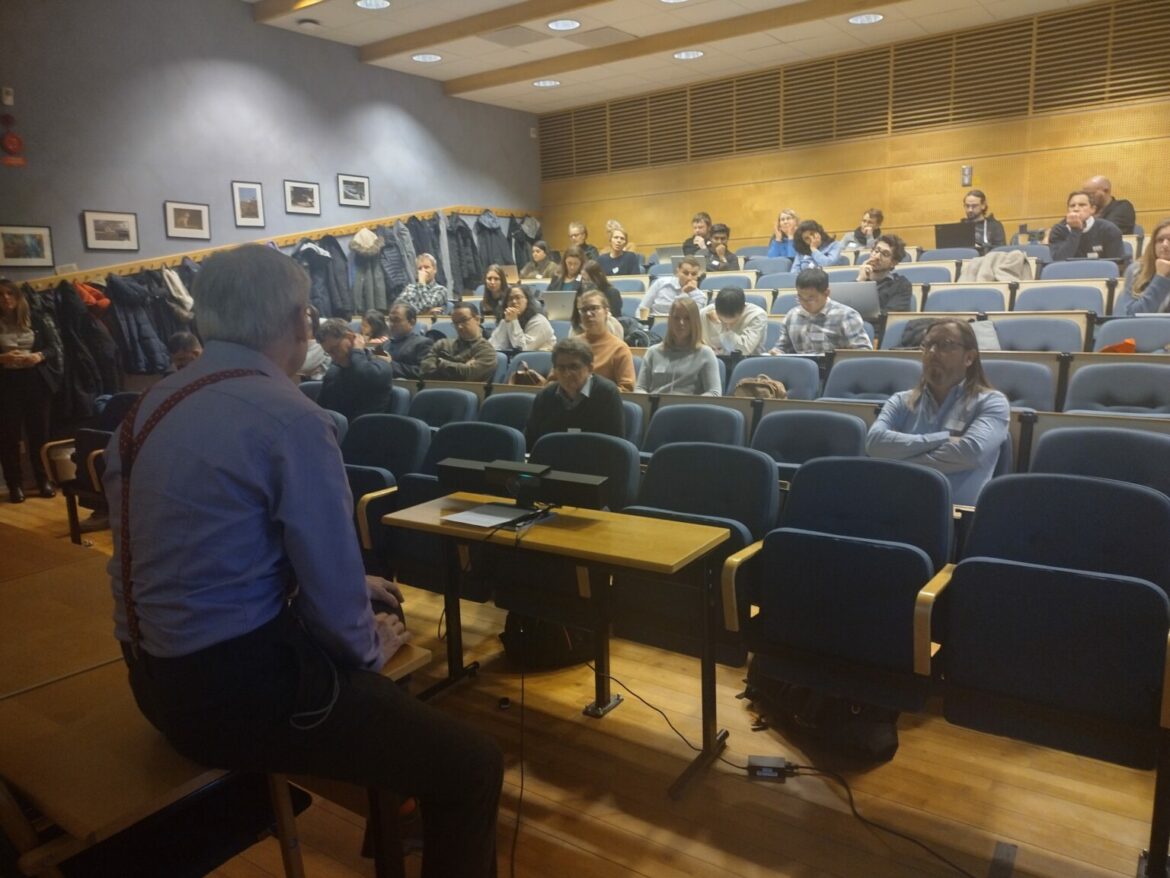 On 30 November 2022, NordPlant held its 4th annual meeting in Lund, Sweden, with the theme “Envirotyping for plant breeding and precision agriculture”. The meeting was connected to the centennial celebration of the term ecotype that the researcher Göte Turesson coined in 1922 in Lund. 110 persons had signed up for the meeting, 60 in Lund and the rest online.

After lunch, the meeting continued with a presentation by Professor Jose Luis Araus Ortega (University of Barcelona) around the concept of “On-farm crop phenotyping”. Jose Luis discussed how to get the whole chain of actors involved and how to get different systems to interact with each other. Affordability is a keyword for crop phenotyping and that should span from sensors all the way to data storage. He also stressed that we need a more digitalized agriculture, which incorporates AI and models as well as Internet-of-Things (IoT).

Fred Stoddard (University of Helsinki) continued with the talk “Fitting faba bean for high-latitude farming”. The faba bean has huge genomes (13 giga base pairs) Nevertheless, a pan-genome is on its way, which will simplify the adaption to more Northern climates. In the Nordic context, the mantra “yield, yield and yield” as the trait to focus on is rather “earliness, earliness, earliness”! But there is more to than earliness to focus on since drought tolerance is also important. The latter highlights the importance of good root phenotyping, which Fred Stoddard has conducted in collaboration with Jülich Forschungscentrum. It was clear that the soil acidity had a clear phenotype effect.

Therese Bengtsson (SLU) presented her work on “Pre-breeding for adaptation of spring barley to Northern latitudes”. One of the key traits here is early root growth, and Therese showed data from 3 growth seasons and 19 different environments. Some extremely early varieties were found originating from Iceland. A GWAS study is being conducted to explore these traits more in detail genetically. 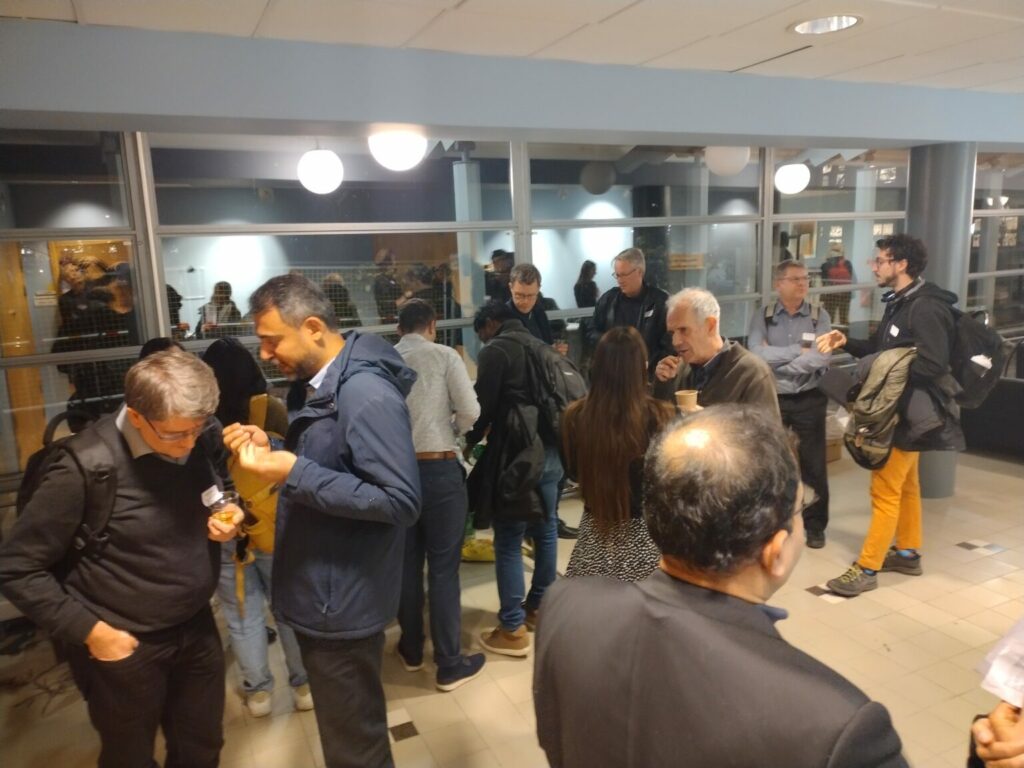 Some of the participants mingle after the meeting.

Explainable AI (X-AI) is on many people’s lips and Antoine Harfouche (UNITUS) gave an introduction on this in his presentation “Leveraging Explainable Artificial Intelligence to Advance Plant Phenomics Research and Decisions”. He lifted the need for data to flow through ETL, which stands for “extract, transform, load,” that in combination can move data between multiple databases or other repositories. Furthermore, AI makes it possible to augment phenotyping datasets in new ways, potentially overcoming some of the problems with annotating large datasets for training. There are, however, ethical issues for consideration in the future – the question of whether plant phenotyping falls under low-risk AI is still outstanding.

We then had a joint presentation by Nasir Uddin and Erik Swan from the Husqvarna group. Their presentation “AI and data science in a forest, green space and garden outdoor equipment company” stressed that for the Husqvarna group as a company, scalability is a key concept. They explained their HUGS index, which ranks the greenness of large cities, and how they are working with satellite-based data to establish these. Green spaces are important for citizens and can be linked to liveability and quality of life. In addition, the showed how convolutional neural networks are a key tool for them to work with plant image data, for example in forestry applications.

During the day, NordPlant used a Mentimeter poll to ask the participants about their opinion about the future direction of plant phenotyping in the Nordic/Baltic region. Maintaining the NPPN and NordPlant networks was seen as the most important goal, but other goals were also identified as being important. The whole poll can be found here.

The day ended with two post-doc projects partly funded by NordPlant. Ajit Nehe (SLU) demonstrated his work using the “Phenotrolley: Affordable Phenotyping System for Controlled Growth Conditions”. Among other things, this trolley with different sensors had been used to screen for drought tolerance in forage crops. Chandana Pandey (University of Copenhagen) showed in her presentation “Impact of drought on barley resistance against fungal pathogens by high-throughput multispectral, microscopic and physiological phenotyping” how she now linked this data to enzymatic assays and use the combined data could draw conclusions about links between drought and pathogen resistance from the combined data.