Report: Centennial anniversary of the ecotype concept, the legacy of Göte Turesson 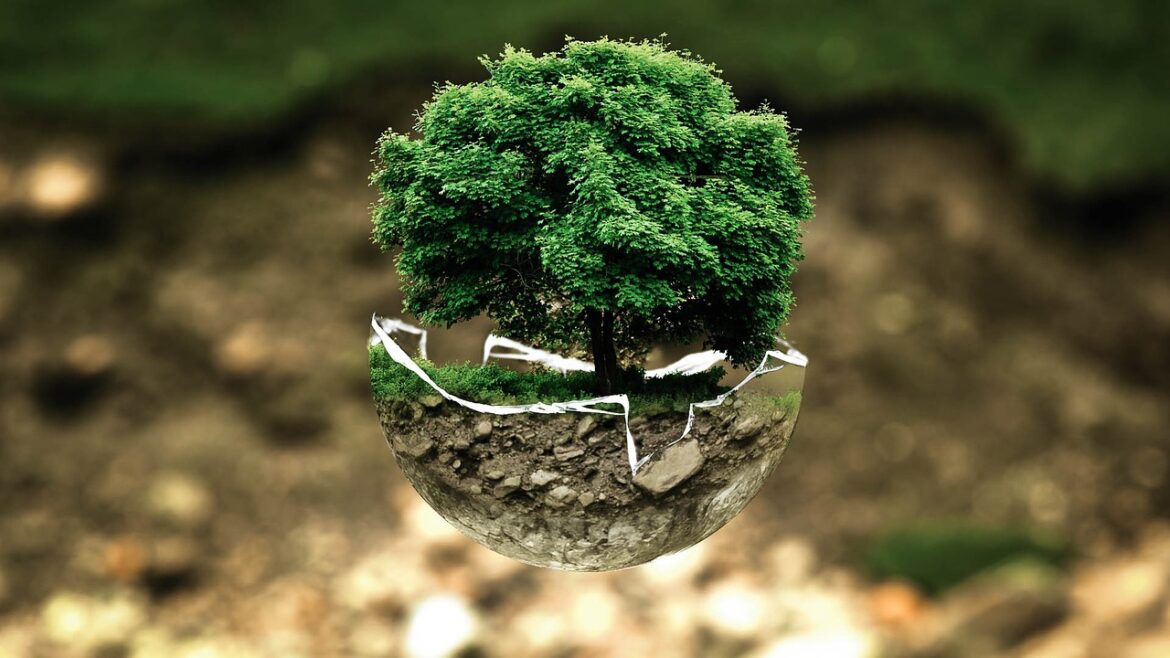 During 29 November we celebrated that it was exactly 100 years since the young botanist Göte Turesson coined a concept that he called the “ecotype”. At that time, it had passed 60 years since Charles Darwin buried the idea that species are unchanging and of divine origin and 20 years since the works of Gregor Mendel on inheritance were rediscovered around 1900. However, the knowledge about genetic variability in natural populations was still poor, with both conceptual and methodological limitations.

On behalf of the organizers, Torbjörn Säll, opened the meeting, pointing out some of the basic concepts that were introduced by Turesson. He also stressed that the formation of ecotypes depends on the balance between gene flow and selection.

Anna Tunlid, Lund University, approached the life and mission of Göte Turesson from a history of science perspective. We learned that he was a rather stubborn person already in his youth. He dismissed the Swedish higher education system and found a way to get his education in biology at the State University of Washington, Seattle, where a relative could provide housing. After returning to Sweden in 1915, he took up advanced studies in Botany at Lund University, culminating in a doctoral thesis, presented in 1922. 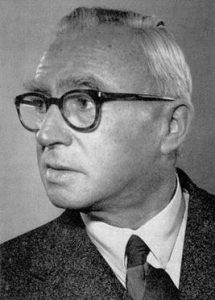 He observed that many species showed different morphological and physiological traits dependent on where they grew, whether it was Alvar areas, sand dunes or coastal cliffs. Göte found differences in stature, number of flowers, leaf shape, and other important traits. He could show that this variation was not merely environmental modifications, as earlier expected, but rather explained by a strong genetic component. He did this through a series of experiments in which he transplanted plants to his own garden in Malmö and later to an experimental garden that was established in Åkarp, between Lund and Malmö, at an institute for genetics affiliated with Lund University, founded by Herman Nilsson-Ehle. Turesson defended his PhD thesis in 1922 and published several important manuscripts the same year. He was very productive during the following years, but permanent positions were rare at the time, especially those that were connected with appropriate economic resources. Turesson applied for several professorships that became open, both in Lund and Uppsala. Unfortunately, this engaged him in conflicts when his candidatures for these positions were dismissed, partially because his research spanned across the established subjects. When he eventually got a, for him less desired, professorship at the Agricultural College at Ultuna by 1935, he entered a somewhat less productive phase, followed by gradually increasing health problems. 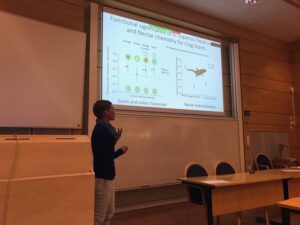 Timo van der Niet and Ruth Cozien, invited guests from KwaZulu-Natal University, South Africa, exemplified how the ecotype concept can be expanded to pollination biology, with plant species repeatedly coevolving with alternative pollinators. They use cameras triggered by a movement to reveal the pollination agents and we were shown an example in which a plant that was thought to be pollinated by small mammals instead was pollinated by small lizards.

Kerstin Johannesson from Gothenburg University gave an exposé of her studies of marine snails belonging to the genus Littorina, which display ecotypes adapted to exposed and protected sea-shore habitats. Over the years she has conducted parallel morphological, behavioural and genetic studies. Her genetic work was initiated by isozyme studies, more recently culminating in whole-genome analyses. One of the new findings is that much of the divergence of ecotypes is hosted by several inversions, which explains why few individuals display intermediate traits despite full interfertility. 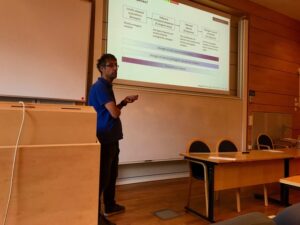 Hans Jacquemyn talks about ecotypes induced by fungal mycorrhiza in an orchid.

Hans Jacquemyn from KU Leuven, Belgium, gave examples of the role of mycorrhizal fungi in driving ecotype formation in partially mycoheterotrophic plants, i.e., plants that are engaged in mutualistic associations with fungi. The ecotypes are formed when the plants grow in habitats with contrasting fungal communities, in this case, forest soils and coastal sand dunes. This kind of ecotype occurs both in orchids (Epipactis helleborine) and in plants with ericaceous mycorrhiza (Pyrola rotundifolia). The ecotypes are somewhat morphologically differentiated but the differentiation is most evident at the genomic level.

Marie Brandrud from Oslo University talked about parallel ecotypic divergence in an autotetraploid plant (Cochlearia officinalis) with three distinct ecotypes in spring, estuary, and beach habitats in Northern Norway. The genomic data are not conclusive if the ecotypes have been formed repeatedly or are the results of a single event.

Sophie Karrenberg from Uppsala University had explored an old archive with reprints from Turesson´s writings and stressed that he not only invented the ecotype concept but also contributed early ideas and concepts concerning speciation processes. She exemplified this with her own research on Silene dioica (red flowers) and S. latifolia (white flowers) which are interfertile but kept apart by ecological differentiation which is maintained by many loci with small habitat-dependent effects.

Both Honor Prentice and Björn Widén from Lund University have studied plants from Alvar habitats on Öland. Honor discussed how strong gradients in water availability are the basis for adaptation to microhabitats in the grass Festuca ovina despite strong gene flow. Honor has earlier found out that variation at loci coding for PGI isozymes is correlated with microhabitat adaptation, now genomic data is generated to further explore the genetic background, Björn discussed the origin and long-term demography of two ecotypes belonging to an endemic species, Helianthemum oelandicum ssp. oelandicum. He was about to end his demographic studies after several decades when the population experienced severe mortality during the drought in the summer of 2018, followed by strong recruitment the next year. This turned everything upside down and urged him to continue, giving new insights into the ecological and genetic dynamics of the ecotypes.

Gróa Valgerthur Ingimundardottir, PhD student from Lund University works with one of the classic Turesson ecotype species, Scorzoneroides (Leontodon) autumnalis. Her results show that colour and hairiness of the involucral bracts, as well as the size and number of flower heads, which have been used to delimit varieties of S. autumnalis, are environmentally plastic and strongly affected by temperature. It is possible that Turesson was aware of this since he appears to have focused on other characters in his studies of ecotypes in this species.

The formal part of the meeting ended with a panel discussion about the use of the ecotype concept today. Stefan Andersson, representing the organizers of the meeting, showed that the concept is widely used and also that it is increasingly applied in studies of organism groups other than plants. There is a tendency for misuse in situations where the word is used to represent accessions or local provenances in genomic studies of, for example, Arabidopsis thaliana. We also invited contributions of articles to a thematic issue of the Nordic Journal of Botany that will be devoted to ecotypes in a wide sense. Anyone that is interested in submitting manuscripts to this issue can contact Stefan – stefan.andersson@biol.lu.se.

The meeting ended with a symposium dinner at Bryggan, IKDC-center, near the Biology campus.

The organizers (Stefan Andersson, Nils Cronberg, Magne Friberg, Mikael Hedrén, Øystein Opedal from Lund University and Helena Persson from SLU Alnarp) want to thank all persons that contributed to making this meeting so successful. We also want to thank our sponsors Elly Olssons fond and the Mendelian Society in Lund.

Author of the text and pictures: Nils Cronberg